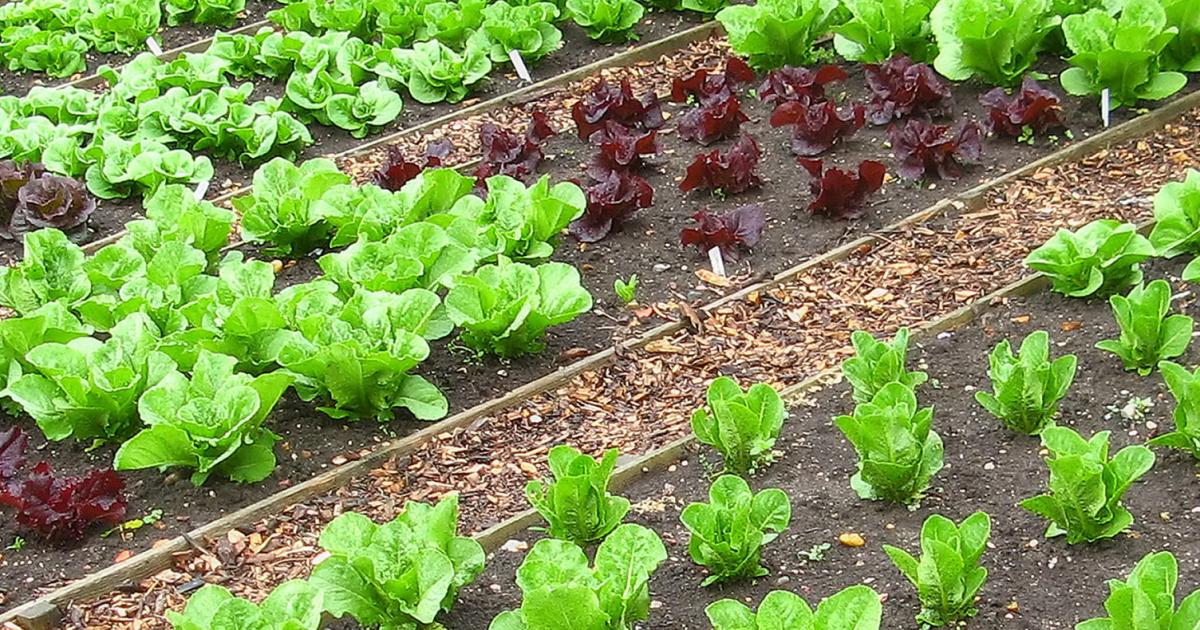 After searching for over three years, our guest speaker, Maike Windhorst, finally found a house with a three acre garden located between Wickford and Billericay, that would allow her to garden organically with the aim of becoming self-sufficient.

After studying the various methods of crop rotation, her first attempt, using raised beds was unsuccessful – after being undisturbed for many years the slugs and snails thoroughly enjoyed the banquet that was being grown for them – the framework of the raised beds gave them plenty of hiding holes!

So still continuing with the 4 crop rotation plan, the vegetable patch was converted to rows. Single rows at first then altered to three rows per section. A path was then introduced between the different sections.

Still studying new methods and ideas, she introduced edges to the the path row with planks joined together across the row with a “U” shaped brace. Rather than taking vegetables back to the kitchen to clean up or taking spent greenery to a compost bin, this “waste” is put straight into the area of the path ready to be covered and new crops planted into this enriched soil at the next rotation.

Then to ensure the land was always being used “quick crops” such as Lettuces, Onions, Radishes etc. were introduced.

A section of vegetables picked from her garden that day was brought along to show members the variety of crops that can be grown. She now sells her vegetables, and when in season fruit and home made apple juice, at the weekly Farmers Market in Danbury.

An extra piece of advice was given, always start with a small area and then slowly increase the growing plot. Keep the unproductive areas under grass, the clipping of which can be put into the “path compost” areas. Constant mowing will either kill or weaken most weeds making it easier to bring under production when you are ready.